A presentation by CNTHA Chairman Mike Saker to the Ottawa Branch, Naval Officers Association of Canada 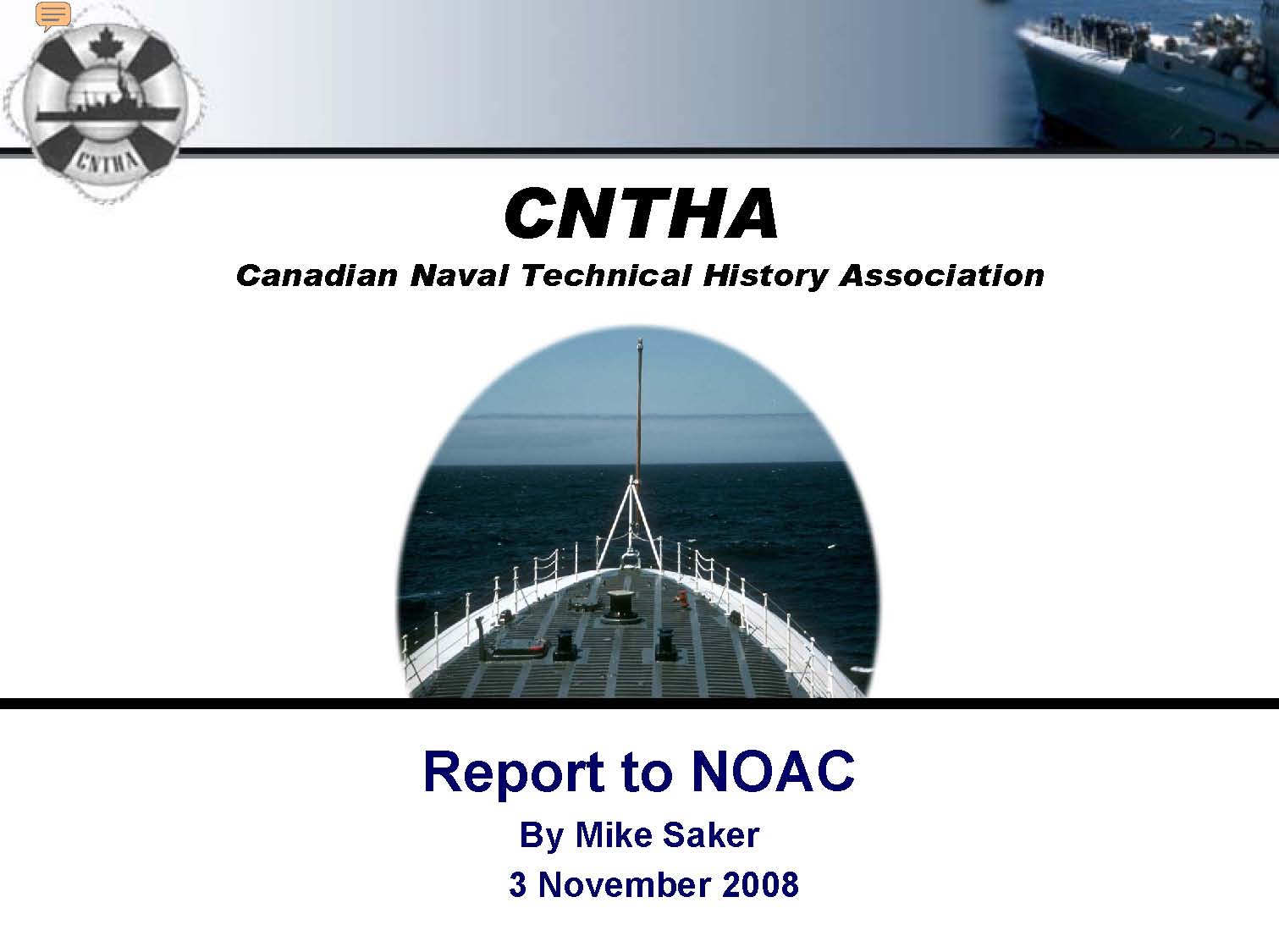 Welcome everybody and thank you for attending.

This evening we want to present a report on the progress made over the past few years by the activities of a group that is known as the Canadian Naval Technical History Association.

This activity was initiated in the late 1980s, early 1990s by a small group of enthusiasts who were determined to record the impressive technical history associated with the Canadian Navy and in particular its impact on the Canadian Defence Industrial base.

Initial participants were: Rolfe Monteith (arguably the driving force for all of this), Rear Admiral Sam Davis (Naval architect and historian), Hal Smith (naval engineer, professor, historical enthusiast),  Alec Douglas (historian), Phil Munro (naval engineer) and Pat Barnhouse, (naval engineer)  It was Rolfe Monteith who recruited me into this group in the mid 90s and shortly thereafter we formed the “Association” and developed closer ties with the Directorate of History and Heritage.  And as they say, “the rest is history”.